LUSAKA, Sept 27 (Reuters) – The Zambian currency is expected to recover slightly next week after hitting its lowest level since November 2015, while the currencies of Kenya, Ghana and Uganda are expected to remain stable.
ZAMBIA
The kwacha is likely to reverse some of its recent losses next week on improved dollar supply from corporates selling hard currency to settle month end obligations and pay taxes.
At 1000 GMT on Thursday, commercial banks quoted the currency of Africa’s No.2 copper producer at 12.1500 per dollar, its weakest level this year, from 11.5000 a week ago.
“Companies paying salaries at the month end, and provisional taxes in the second week of October, will want to take advantage of the higher dollar rate,” one commercial bank trader said.
KENYA
The Kenyan shilling is expected to trade in a narrow range against the dollar as market players weigh the effects of recent tax hikes on inflation after the central bank maintained its policy rate at 9 percent, traders said.
Commercial banks quoted the shilling at 100.90/101.00 per dollar, the same as last Thursday’s close.
“The petroleum tax is just a few days old, it’s the follow through that markets will be watching. The next MPC will be more crucial,” said a senior trader from a commercial bank.
SPONSORED STORIES
ADVERTISING

GHANA
Ghana’s cedi is seen unchanged against the dollar on matching dollar inflows and corporate demand amid regular central bank greenback sales, analysts said.
The local currency has been under pressure this week, touching new lows of 4.995 to the dollar on Wednesday. It was trading at 4.985 to the greenback by mid morning on Thursday, compared to 4.975 a week ago.
The pair will is likely to remain below 5.00 in the week ahead, influenced by stable demand and improvement in supply, currency analyst Raphael Adubila said.
UGANDA
The Uganda shilling is expected to be broadly stable over coming days, propped up by inflows from non-governmental organisations and some commodity exporters.
At 0723 GMT commercial banks quoted the shilling at 3,815, unchanged from last Thursday’s close.
“We expect some conversions from NGOs as is normally the case at this time of the month,” said a trader at a leading commercial bank. Charities typically convert some of their hard currency holdings for shillings to pay salaries at month-end.
NIGERIA
Nigeria’s naira is expected to fall next week owing to tight dollar liquidity on the currency market, as foreign investors exit bond and equity markets and a U.S. central bank rate hike triggers capital reversals, traders said.
Most traders were quoting the naira at 365 per dollar for investors. The naira eased to 364.25 on Thursday, weaker than 363.50 earlier this week.
Traders said the outlook for the naira was weak due to low dollar liquidity in the face of rapidly declining foreign reserves. Nigerian dollar reserves fell 3.4 percent in the month to $44.5 billion by Sept. 25, central bank data showed. 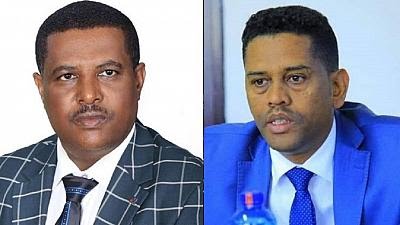