Survivors of the wildfires that have killed at least 74 people in Greece have described how they were forced into the sea by a blaze that “struck like a flamethrower”.

“The flames were chasing us all the way to the water,” said one victim.

Meanwhile, the bodies of 26 adults and children who apparently died hugging each other were found close to the sea.

As the search for missing persons continues, a website has been set up to help relatives trace their loved ones.

Hundreds of firefighters have been battling the flames, which have been fanned by winds of up to 60mph (100km/h) and have devastated the seaside village of Mati, engulfing homes and vehicles.

Mati is located in the Rafina region which is popular with local tourists, especially pensioners and children attending holiday camps.

A number of roads and evacuation routes were blocked by fire and footage of motorists escaping the area shows them driving through thick smoke.

One survivor, Nikos Stavrinidis, told ABC News that despite the air-conditioning in his car, he could still feel the heat from outside as he travelled on a highway.

“We were driving along the road going into smoke, then all-of-a-sudden the flames were at the side of the car,” he said, adding: ” All the houses on the hill beside the highway were completely burnt out .”

Dimitri Piros, director of medical services for Ekav, Greece’s nationwide ambulance service, told the BBC that people had suffered horrific injuries because of the speed of the fire.

Relatives of those reported missing have been posting photographs on a website in the hope of tracing their whereabouts .

It is Greece’s worst fire disaster since 2007, when dozens of people were killed in the southern Peloponnese peninsula.

Most shocking scene I have ever witnessed

What is happening here in eastern Attica is a black hell. After I passed by hundreds of burning cars and houses earlier today, I reached the yard where police said so many people had been found dead.

I could see some of them lying on the ground as fog covered the place and a toxic smell spread through the atmosphere.

Most of them were tourists who had tried to find refuge but did not make it.

“I am calling my cousin but he does not respond,” said Spiros Hatziandreou, who visited the spot.

I could see flames in the trees and on the electricity poles all around. After that, police blocked access to everyone except rescuers.

How badly burnt is Mati?

Fire swept through the village 40km (25 miles) north-east of Athens on Monday and was still burning in some areas on Tuesday morning.

Desperate families trying to reach the safety of the sea were trapped by walls of smoke and flame. Others died in buildings or cars.

After the 26 bodies were found in an open space, Nikos Economopoulos, head of Greece’s Red Cross, said: “They had tried to find an escape route but unfortunately these people and their kids didn’t make it in time. Instinctively, seeing the end nearing, they embraced.”

The blaze struck like a flamethrower, he said, causing smoke inhalation and skin burns.

Coastal patrol boats and private vessels picked up hundreds of those who did manage to reach harbours or beaches.

Survivor Kostas Laganos said: “It burned our backs and we dived into the water… I said: ‘My God, we must run to save ourselves.'”

George Vokas, whose family also escaped by sea, told BBC News that two women he had tried to help had died.

“We’re talking about a biblical catastrophe in this wonderful area of Mati,” he said.

At least 150 people were injured in the area.

How are the authorities responding?

Prime Minister Tsipras declared a state of emergency in Attica, saying all emergency services had been mobilised.

Italy, Germany, Poland and France have all sent help in the form of planes, vehicles and firefighters, and Spain and Cyprus have offered Greece assistance, but with temperatures set to soar again, they are in a race against time to get the fires under control.

What caused the fires?

Fires are a recurring problem during the hot, dry summer months in Attica.

Officials have suggested the current blazes may have been started by arsonists looking to loot abandoned homes.

Greece, he added, had requested drones from the US to “detect any suspicious activity”.

More on this story 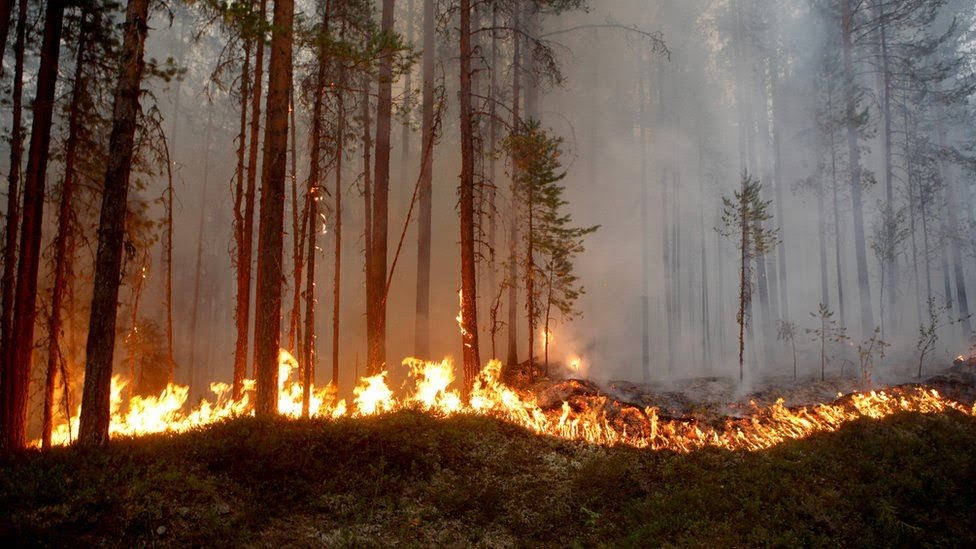 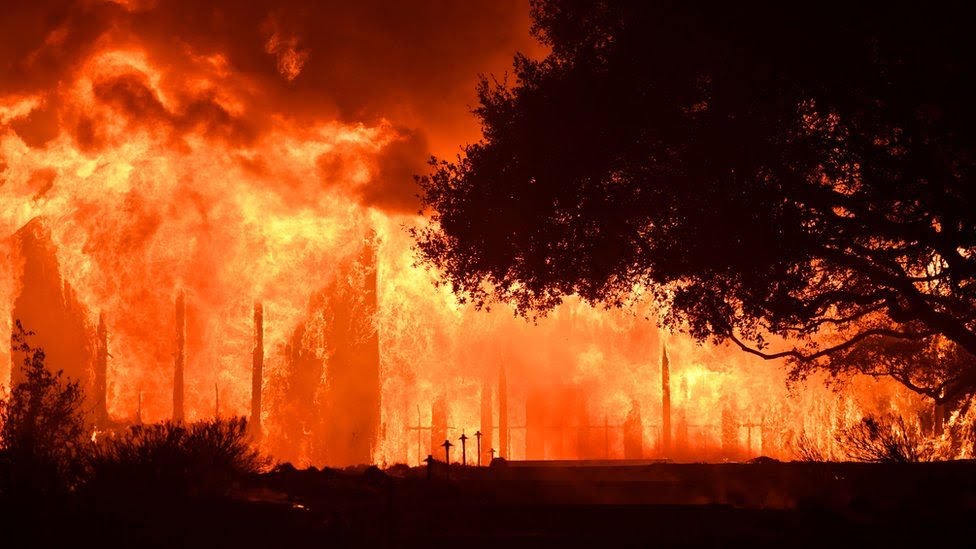 Wildfires: Why they start and how they can be stopped